One of the main sources of toxins to which you are exposed are personal hygiene and cleaning products, cosmetics, kitchen utensils… which fill your body with harmful substances that are difficult to eliminate over time.

Read carefully these tips published by the Alborada Foundation of Madrid, about different practices that will help you to live in a healthy environment, free of toxic substances for your health.

PRACTICES FOR LIVING AND BREATHING IN A HEALTHY ENVIRONMENT, FREE OF SUBSTANCES THAT ARE TOXIC TO HEALTH

Conventional hygiene products may contain substances that are toxic to health.

It is recommended, above all, to carefully read the labels of the products that we normally use in personal hygiene, household, cosmetics, kitchen utensils, cars, etc., which are usually many (shower gel, shampoo, body lotions, moisturising creams, lipsticks, paints, after-shave creams, toothpaste, window cleaner, floor cleaner, dishwasher detergent, laundry detergent ….). In conclusion, we must be aware of them in order to reduce them.

It is especially important not to mix bleach with ammonia, as it produces a toxic gas called chloramine.

These are substances added to plastics to increase their flexibility and are also used as solvents in perfumery and pesticides. Above all, they are hormone disruptors and can therefore cause damage, e.g. to the reproductive system, thyroid disorders, infertility, impaired child development, teratogenic disorders, hormone-dependent cancer.

Used in the manufacture of cosmetics, insecticides and herbicides, additive in automotive fluids, in water treatment processes, and natural gas purification. May cause e.g. severe skin and eye damage and is associated with liver and kidney cancer.

Mainly used in pharmaceutical formulations, in shampoos, skin cleanser, toothpaste, as well as detergents in the textile industry and in injectable experiments on laboratory animals. May cause irritation of the skin, eyes, mucous membranes, as well as the upper respiratory tract and stomach.

Antiseptic substance, widely used in dentistry, hand creams and soaps. However, it can cause lesions in the middle ear, cornea, urticaria, as well as angiodema and anaphylaxis.

Used in the manufacture of plastics used as packaging, e.g. for food, beverages, bottles and tableware, as well as food container coatings. Bisphenol A interacts with the hormone system affecting fertility, in other words probably oncogenic.

Also used as an antiseptic and in personal hygiene products, dishwasher and other cleaning products, impregnated in wood for flooring, paints, etc. It is registered as a pesticide, therefore, with serious health risks, producing hormonal alterations, as well as genetic alterations.

It is used, for example, in the extraction of gold, silver, as a fuel additive, as well as in the manufacture of pharmaceuticals and dyes.

It can also cause severe skin burns, as well as respiratory, eye, glandular, cardiovascular and central nervous system disorders.

Used as a pigment in paints, as a bleaching agent or opacifier in porcelain enamels, and also in the production of ceramic transducers. It is also found as an additive in many medicines, supplements, creams, etc. However, it can cause lung disorders, skin and eye irritation and is a category 2 carcinogen.

Used in products of the pharmaceutical industry, photographic industry, dyes, as a radiological contrast medium, and as a radioactive product. However, it can produce glandular, skin, teratogenic, carcinogenic and anaphylaxis alterations.

Organochlorine compounds, used as water disinfectants, cleaning products, oxidant in the textile and paper industry. In addition to reproductive, immune and glandular system deficiencies, they can also cause chronic intestinal and oncological disorders.

Used in dentistry, in toothpastes, manufacture of Teflon, aluminium and production of semi-conductors, etc. Fluoride is very serious in patients with renal insufficiency, besides, it can produce gastric lesions, in the dental enamel, as well as in bones and central nervous system.

Used mainly in dental amalgam, gold and silver extraction, manufacture of mirrors, thermometers, tensiometers, fluorescent lamps, turbine engines, explosives industry, and as a medicinal antiseptic. Above all, it can cause damage to the skin, eyes, severe damage to the central nervous system, as well as to the respiratory, urinary and hearing systems.

Used e.g. as a filler in the manufacture of paper, lacquers, paints, ceramic industry, additive in rubber and plastics, cosmetics and food industry. It is important to note that the use of talc in the genital area is associated with ovarian cancer.

Used e.g. as a chelating and precipitating agent for heavy metals, and also as a drug and in dentistry. Can also cause eye irritation, respiratory, digestive and skin lesions.

Apart from the known toxic substances used in perfumes and fragrances, there are a number of chemicals that are not required to be specified, such as nitrosamines, although they are carcinogenic, or others whose effects on human health are still unknown A large proportion of fragrances are hormone disrupters.

Used in the pharmaceutical industry and various cleaning products. Can cause skin, kidney and liver damage and hormone disruption.

Mainly used in cosmetics and household products, fungicide. It is a carcinogenic preservative that irritates mucous membranes and also causes allergies as well as premature ageing.

Used in cosmetics, however, they produce skin alterations, because they clog the pores, impeding transpiration, producing allergies, acnes, difficulty in eliminating toxins, as well as having a carcinogenic effect and accumulating in the liver, kidneys and lymph nodes.

They are found, for example, in deodorants as well as in cosmetics and pharmaceuticals. They clog the sweat glands and cause eczema and skin lesions. In addition, an overload of aluminium in the body, in other words, can lead to diseases of the nervous system.

Used as solvents for metal cleaning, as well as ingredients in adhesives, paint removers, correction paints and dry-cleaning of clothes. They produce important alterations in the central nervous system, liver, lung and it is also a carcinogen of group 2.

Permethrin is one of the best known pyrethroids. They are therefore used as insecticides and pesticides. They can produce in addition to reduced lactation time, alterations in the reproductive, immune, hormonal, neurological system, it is also potentially carcinogenic and has a strong environmental impact.

Mainly used as solvents for surface coatings with resins, in the preparation of adhesive inks and dyes, also in chemical manufacturing extraction and methacrylate manufacturing. They can therefore produce significant depression of the central nervous system, respiratory tract, liver and conjunctivae.

They produce alterations in the nervous system, kidney and liver damage, and hormonal alterations. However, some of them are widely used and classified as carcinogenic, e.g. glyphosate, parathion, tetrachlorvinphos.

MORE NEWS FROM OUR BLOG

THE 25 PRINCIPLES OF BUILDING 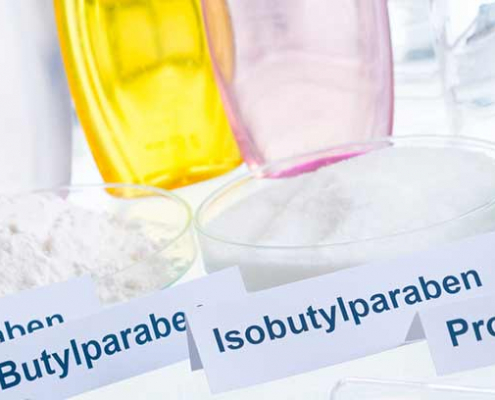 PRACTICES FOR LIVING AND BREATHING IN A HEALTHY ENVIRONMENT 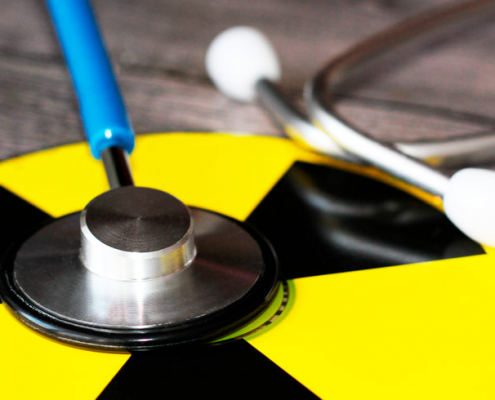 HOW DOES RADIATION SOUND?